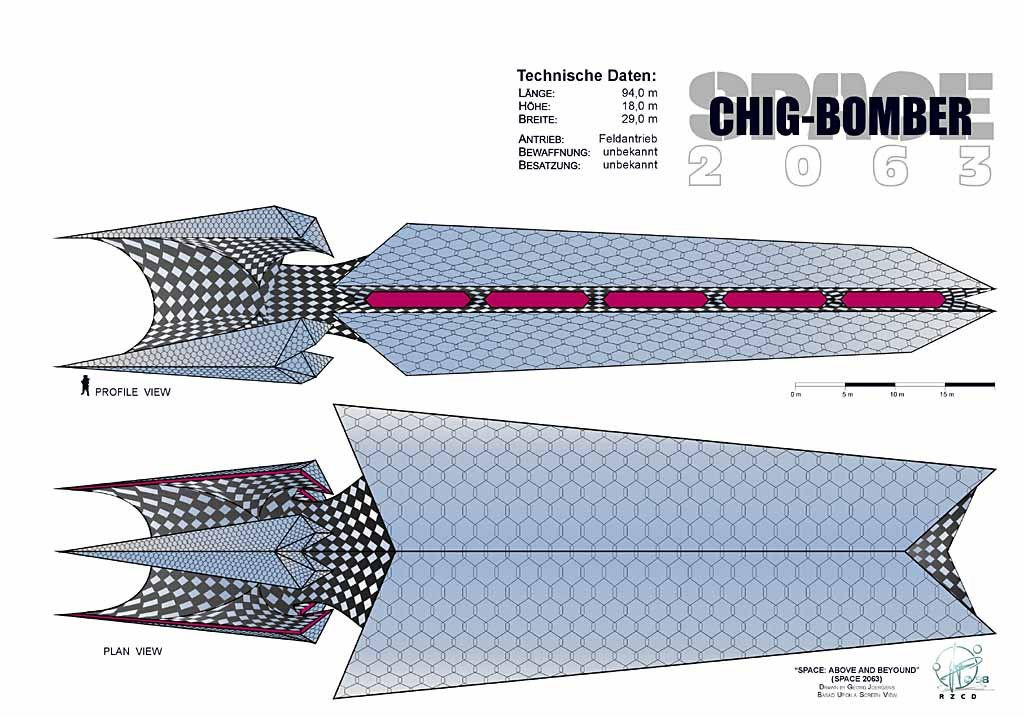 The U-450 is the equivalent in size to an ISSCV but fufills a very different role. It carries out strike missions for the Chigs against targets beyond the destructive capability of Chig fighters, as well as protecting Chig bases. As a fully endo\exo-atmospheric craft the bomber can engage any target. The bomber is cone-shaped, almost like a dart. It has a range similar to Earth forces' capital ships.

The bomber has two weapon systems, comprising rear-firing space-space missiles to engage smaller craft plus an internal weapons bay capable of holding two Chig heavy missiles for use against capital ships or one UEF stand-off cluster munition. The craft also uses two forms of propulsion which combine to give the craft range well in excess of it's SA-43 adversary. For long range cruising the choice is pellet-stream propulsion combined with electro-magnetic ram-scoops. For takeoff the bomber uses an electromagnetic accelerator.

A Chig bomber is fairly labour intensive. Trained Chigs operate in groups of three whilst at least five humans are required. Satellite intelligence suggests that U-450s operate in squadrons of approximately 18 craft, possibly with others serving as spares.