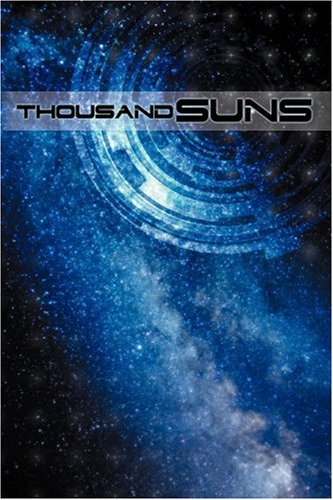 
These are but a few images from the Thousand Suns, the volume of space humanity inhabits millennia from now. Comprising hundreds of inhabited worlds and dozens of alien species, it is ripe with possibilities for individuals bold enough to seize them. Strap on your blaster pistol, grab your space suit, and get ready to journey into the future as imagined by the greatest writers of the Golden Age of Science Fiction.

Thousand Suns is a science fiction roleplaying game that includes all the rules needed to play. In addition, it describes the Thousand Suns setting, detailing its worlds, alien races, and conflicts. The setting provides not only lots of detail but plenty of options as well, allowing Game Masters to tailor it to suit their needs. Everything from world building to starship combat to alien species creation is here, so that nothing stands in way of creating the ultimate science fiction adventure.