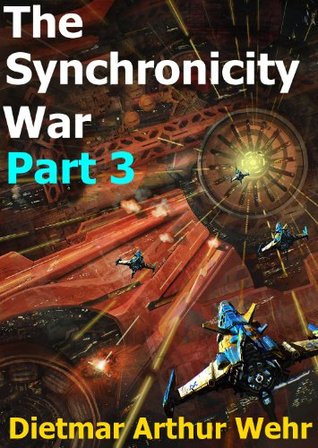 The Synchronicity War is going badly for the Human Race and its loyal A.I. allies. The 11,000+ humans remaining in the Universe are desperately trying to remain undiscovered by their xenophobic alien adversaries while they attempt to rebuild a viable military defense and discover how they're receiving messages from the future.

But Humans have now been contacted by a third alien race that says they want to help and tells the Humans that the xenophobic aliens aren't the REAL enemy. The real enemy is a life form that has a nightmarish biology and is a threat to the entire galaxy. What can 11,000 humans do that two other alien races can't do? How will two very special A.I.s ultimately decide the fate of their creators and who will pay the ultimate price for their loyalty?