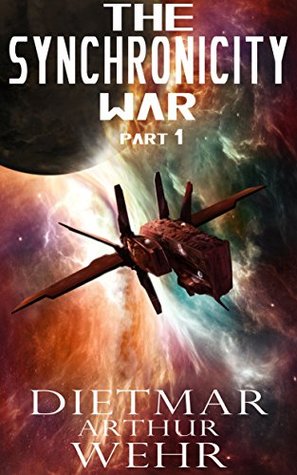 After almost a century of peaceful exploration and colonization of space, the United Earth Space Force stumbles across a shockingly xenophobic alien race that has more and better-armed ships and refuses all attempts at contact. As the outgunned Space Force is driven back in battle after battle in what appears to be a war of extermination, one officer experiences precognitive visions that help him blunt the enemy onslaught but he can't control or predict when they occur.

With the Senior Brass convinced that he's a tactical genius, he's given more and more responsibility and is terrified by the belief that Humanity's Fate rests on his shoulders. Can he solve the mystery of his precognitive visions before the Human Race plunges into the abyss of total extermination? This is Volume 1 of a military SF series about desperate space battles and the men, women and Artificial Intelligences, who fight and die in them.