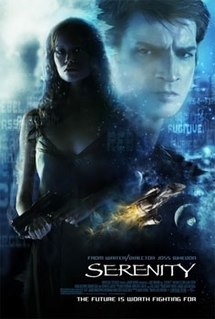 , are a series of five short videos anonymously released by Joss Whedon? through various websites and message boards as a form of viral marketing. The first video, bearing the title card "R. Tam, Session 416, Second Excerpt", was released on the iFilm website on August 16, 2005. By September 7, 2005, all five videos had been released. Though a representative from Universal Studios stated to have no knowledge of the videos' origin, the idea to launch an online viral marketing campaign came first from Universal executives. After they approached Whedon with the idea, he decided to use the format to explore events before either the film or the television series. The clips were filmed with a "tiny" crew in a single day shoot and are shot in grainy, low quality, black-and-white. They were later included on the Collector's Edition DVD.

The videos, sequenced out of chronological order, depict excerpts of counseling sessions between River Tam, played by Summer Glau, and her unnamed therapist, played by Whedon, while she is held at the Alliance Academy. They follow her change from shy and sweet child prodigy to the mentally unstable girl of the television series.