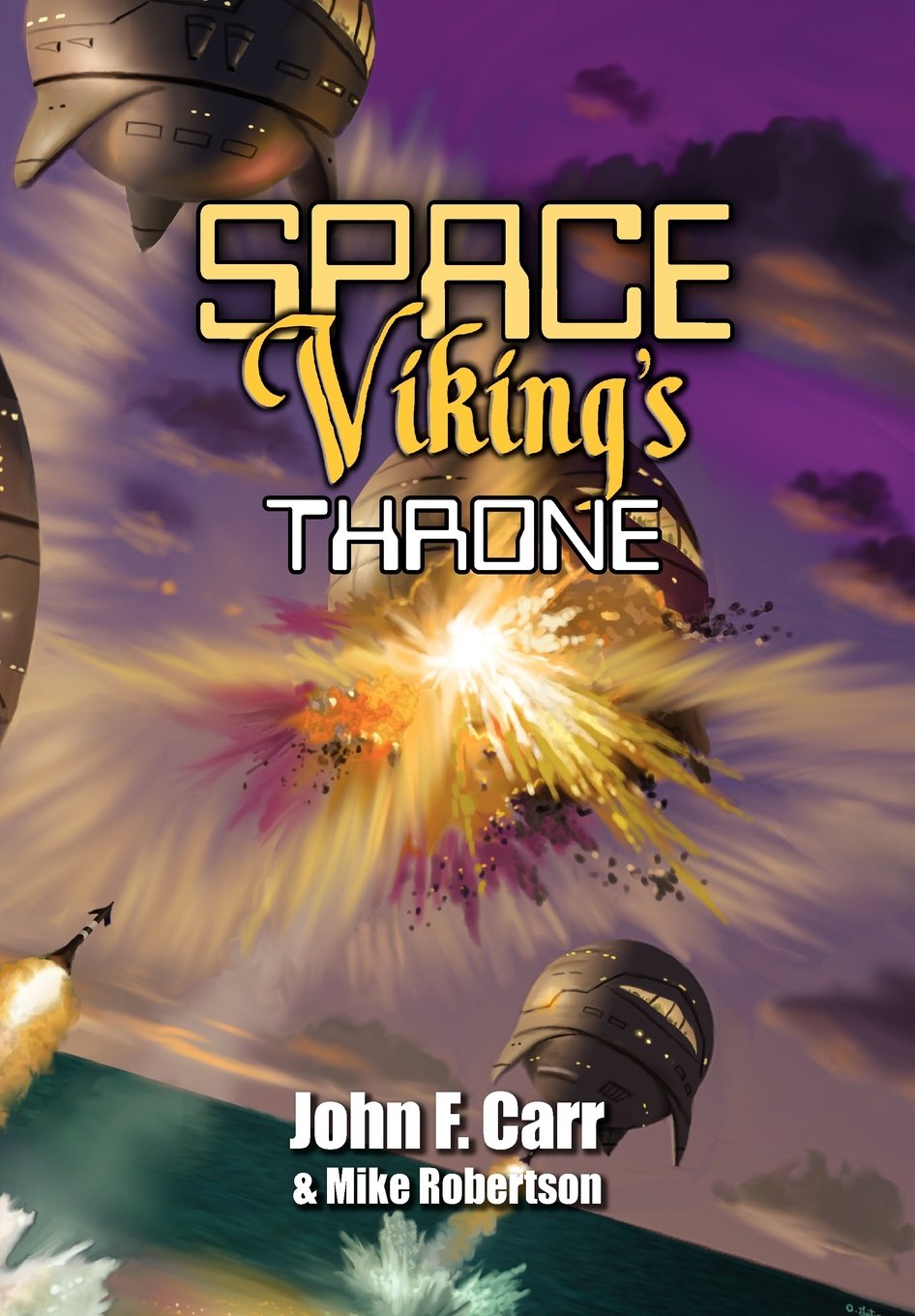 Space Viking's Throne (2012), written by Mike Robertson? and John F. Carr and set in the Terro-Human Universe. The story continues the story of the aftermath of the conquest of the League of Civilized Worlds at the hands of the Mardukan Empire. Captain David Morland tries to establish a new viking base, while trying elude Imperial hunters.

Set at the end of the First Interregnum of H. Beam Piper's galaxy spanning Terro-Human Future History. A century after H. Beam Piper's seminal novel Space Viking, a new powerful entity, the Mardukan Empire, has arisen from the ashes of Lucas Trask's League of Civilized Worlds. This new Empire has set, as its primary mission: the consolidation of Terro-Human space under their aegis. This means the elimination of all competing sovereignties, most especially the Space Vikings and the destruction of their Old Federation base worlds.

Captain David Morland, formerly of Joyeuse?, started his career as a Space Viking in the twilight of the Sword-World's reign of fear. The time when Space Vikings terrorized the Neobarbarian worlds of the former Terran Federation has come to an end. The Sword-Worlds, locked into endless rounds of fratricidal war, are unable to come to the aid of their brethren in the former Terran Federation. The Imperial Navy is now playing a game of cat and mouse; suddenly, Space Vikings find they are the prey, not the hunters!

Lucas Trask's dream is dead: The League of Civilized Worlds is no more. Tanith? is quickly reverting to a backwater world. The Trasks are forced to watch impotently as events pass them by.

Meanwhile, on far away Poictesme? - one of Morland's base worlds-events are occurring that may rock the very foundations of the Old Federation. Prince David Morland, the last of the great Space Viking captains, is being hunted by Captain Vandarvant of the Imperial Mardukan Navy. Vandarvant is consumed with revenge; he wants to pay-back Morland for defeating him and almost destroying his ship, the Challenger.

While the new Empire casts its nets far and wide to catch the last of the Space Vikings, Prince Morland works furiously in a race against time to establish a base world on far off Sarpanitum that can sustain itself against even the mighty Mardukan Empire. Because, whether Morland likes it or not, the Empire is coming!