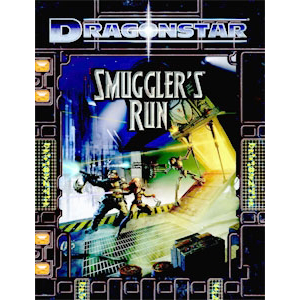 At the edge of civilized space or in the shadow of the Dragon Empire? itself, the citizens of the galaxy need foodstuffs, technology, clothing, and contraband. This is the role of the interstellar free trader, delivering important, secret, or illegal cargo to the richest spires of the Empire and the deepest pits of the Outlands.

This book has everything you need to play a smuggler or free trader in the Dragonstar campaign setting, plus the tools players and DMs both need to make a privateers campaign fun and easy.

New prestige classes, new feats, new spells, and new starships expand and define the markets of the Dragon Empire. Simple new rules for commerce, supply, and demand focus the smuggler’s business on its exciting choices and adventure possibilities. To demonstrate it all, this book describes a new, remote corner of the Dragonstar universe that’s easy to place into any campaign: the Smuggler’s Run.