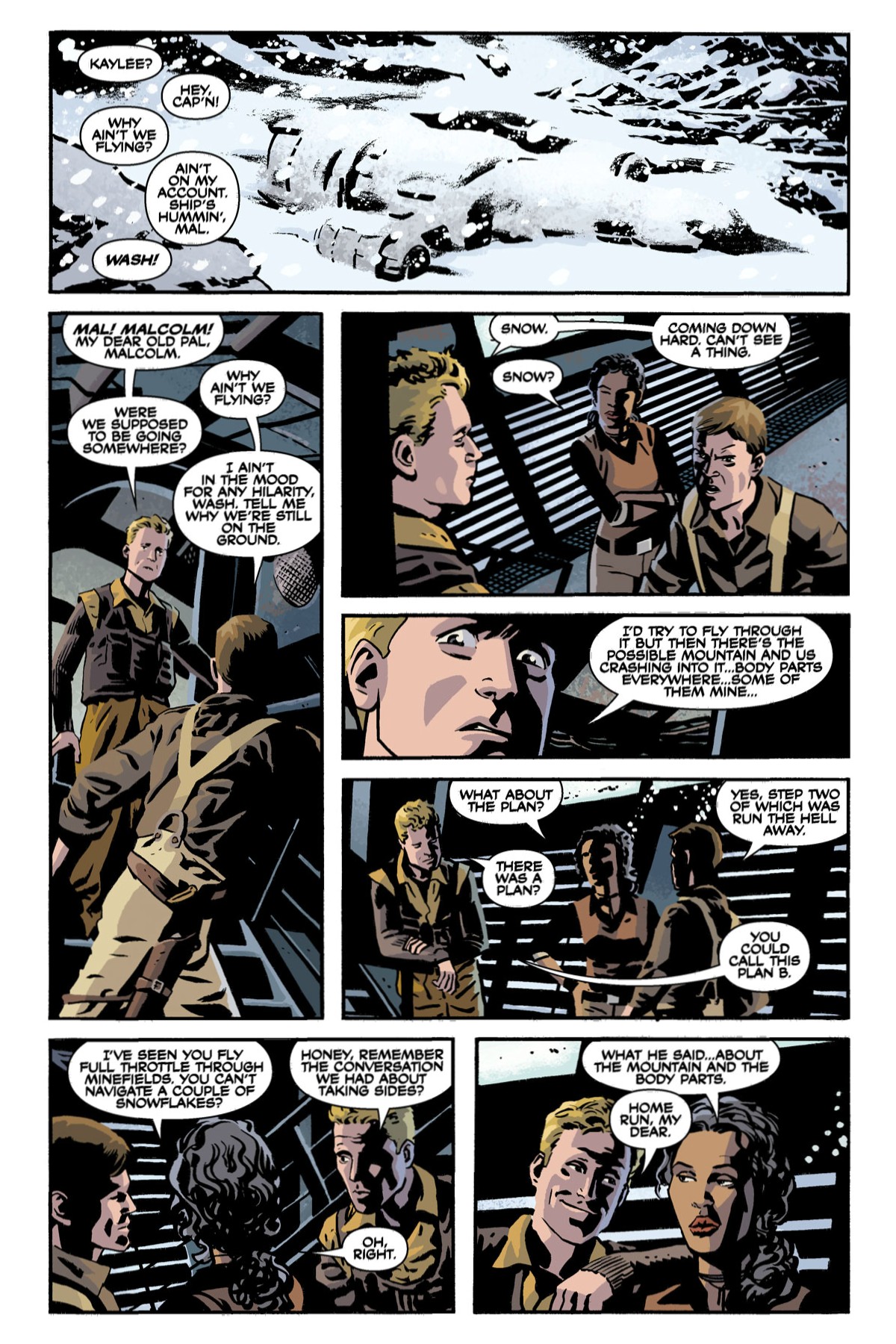 Serenity: Downtime is a comic, set in the Firefly/Serenity Universe, that was released by Dark Horse Comics on November 11, 2010 on the USA Today website as part of the Dark Horse: High Definition program

. Described by writer Zack Whedon? as a "slice-of-life, day-on-the-ship story," the comic depicts the crew of Serenity stranded on an icy planet in the middle of a storm after a heist. Zoe and Wash enjoy their time together, while Inara and Kaylee fantasize about food and complain to Mal about it, and Jayne approaches Simon about a burning sensation after a night in a brothel. The crew are completely unaware that a band of locals are searching for and have found them, only for River to deal with them by killing them all. As the storm abates and Serenity is taking off, River reveals that she knows Shepherd Book has a secret, that it is as easy for him to kill people as it is for her.