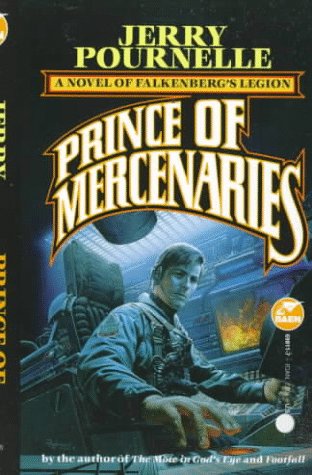 On the hot jungle planet of Tanith, Falkenberg is working with Governor Blaine. Tanith is the source of a drug used in the Welfare Islands, borloi, and the revenue from that traffic is being used to support the Fleet as the Senate on Earth cuts its support year by year. Most of the workers on the plantations are convicts. Falkenberg is helping to deal with a rebellion in the plantations.

Here Prince Lysander of Sparta, a planet founded with certain political ideals by the Constitutional Society, comes to learn about Falkenberg. He finds himself in the middle of a plot to hijack borloi away from the Navy on behalf of Senator Bronson. Enlisting with Falkenberg as a junior officer, he learns the realities of military life. The opposition is another force of mercenaries commanded by Ace Barton. They foil the plot, but now Bronson is determined to undermine Sparta. Barton and Falkenberg broker a truce, with Barton rescuing Falkenberg when one of the locals reneges on the agreement and takes Falkenberg hostage.

Barton's part in the rebellion means he has to leave the planet, and with few options, he re-enlists with Falkenberg, who sends him to Sparta. Lysander commits himself to the plans of Lermontov and Falkenberg to use Sparta as a base for the Navy after the CoDominium collapse.