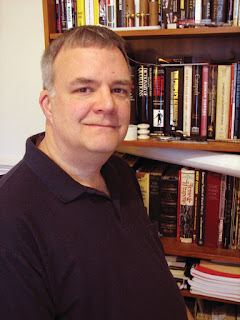 Paul B. Thompson (born 1958) is a freelance writer and novelist. He has published more than twenty-five books to date, many of which are novels set in the Dragonlance fictional universe. A number of these novels are co-authored with Tonya C. Cook. For a long time worked for gaming company TSR.

Paul grew up in North Carolina, and was influenced by Greek mythology, The Arabian Nights, and writers such as L. Sprague de Camp, Alfred Bester, and Cordwainer Smith. His early ambition was to write historical novels, but finding no market for them in the late '80s, he turned his hand to fantasy and science fiction.

, a semi-pro magazine of science fiction, horror, and speculative fiction.

Paul B. Thompson lives in Chapel Hill, North Carolina with his wife Elizabeth.

"Solid Gold Asteroid " (1994), published in the anthology Shattered and other stories