Oomphel in the Sky 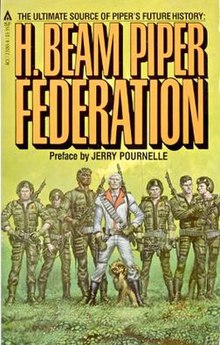 A short story written by H. Beam Piper. First appeared in the magazine Analog, November 1960. Also published in the collection Federation and in Ministry of Disturbance and Other SF.

The natives of Kwannon? practiced ritual magic under the watchful eyes of their Terran rulers. Hunting, farming, raising children. It all required the special spells only a powerful shoonoo could cast. But when prophesies of the end of the world send the natives of Kwannon swarming, it may also be the end for the Terrans. The natives, it seems, actually want the end of the world, for the promised afterlife will be far, far better. And who can argue with the shoonoon and their prophetic dreams? It's up to Miles Gilbert, reporter for the Kwannon Planetwide News Service, to save the day. For only he can turn the natives from the course with the special magic of Earth, the machine-giving Oomphel!