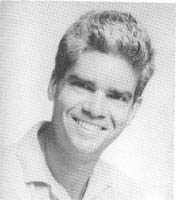 Nigel Findley was born in Venezuela, in 1959. Findley was raised in Spain, Nigeria, the United States, and England before his family settled in Vancouver in 1969.

He got his start as a role-playing game author in the mid 1980s during his business career. By 1990 he had become a full-time writer, and had authored or coauthored over one hundred books, including twelve novels, before his death. He wrote for most game companies in the industry, including TSR, but is perhaps best known for his game products and fiction for FASA's Shadowrun game. Findley's adventure The Universal Brotherhood (1990) for Shadowrun was well-received. He got his start writing for Dungeons & Dragons.

His body of work also included supplements for Mayfair's Roleaids line, Wizards of the Coast's The Primal Order, West End Games, and White Wolf Publishing. He is credited with parts of the design of Greyhawk Adventures and Fate of Istus, and wrote the whole of Greyspace. He was also part of the original core of Shadowrun RPG writers and designers, and has sole writing credit on both sourcebooks and Shadowrun world novels.

Findley died suddenly on February 19, 1995, at his home in Vancouver, British Columbia. He suffered a heart attack at the age of 35.

"Lady of the Consortium" (1994), published in the anthology Shattered and other stories