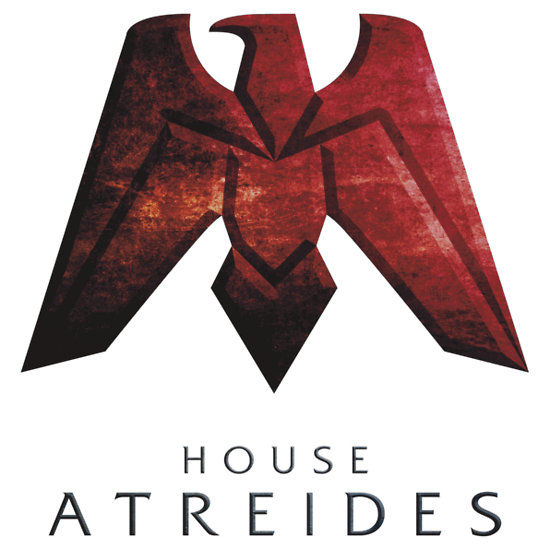 House Atreides is a noble family from the Dune universe created by Frank Herbert.

The legend stated that the Atreides family came from a noble family that originated in Greece on Earth, and that they rose to prominence during the Butlerian Jihad. House Atreides specifically claimed descent from King Agamemnon, a son of Atreus, in Greek mythology. The descendants of Atreus are called "Atreides" (plural "Atreidai", Latinized as "Atreidae") in the Greek language. This Royal House included many significant figures in Greek myth.

The earliest known ancestor was Vorian Atreides, the biological son of the Cymek Agamemnon. After turning against his father and the AI ruler Omnius, Vorian aligned himself with the League of Nobles, and helped lead them to eventual victory and the destruction of the Thinking Machines. This proved the catalyst for the growth of his personal prestige. Vorian Atreides had sired twins on Caladan, Estes and Kagin with whom he had no good relations, but after his withdrawal, it is possible that they had been ennobled grace to their father's prestige. Vorian Atreides adopted the hawk to be his official insignia on his Army of Humanity. Vorian had just returned to Salusa Secundus after killing the remaining Titans Juno, Dante, and his own father Agamemnon on the ice planet of Hessra. While speaking to Bashar Abulurd Harkonnen, Vorian stated now that the Cymek threat had been eliminated he could focus on destroying the Corrin Omnius. The Hawk would serve as a reminder of his duty to humanity.

House Atreides original home planet was the water planet of Caladan. Also proficient in war, the family has even developed an Atreides battle language. The colors of House Atreides are green and black, and their symbol is a red hawk.

Up until the latter days of Duke Leto I, House Atreides maintained the planetary fief of and had their center of operation on the planet Caladan, which they had ruled for twenty generations. House Atreides had perfected a form of government that resulted in a well-organized society and a spiritually satisfied people. Furthermore, House Atreides kept Caladan a lush, prosperous paradise with relatively low industrial levels, in stark contrast to House Harkonnen's capital, Giedi Prime. However, the House was also proficient in war; it maintained Swordmasters, Warmasters and Mentats to train and lead their army, and had even developed its own Battle Language. At the request of Padishah Emperor Shaddam IV, Leto I moved the House to planet Arrakis, to take over mining operations of the melange from House Harkonnen. However, Leto I was walking into a trap set up by a newly formed alliance between House Harkonnen and House Corrino. 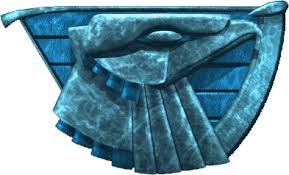 Arrakis remained the home of House Atreides until its official end.

Leto Atreides II's lack of a direct heir, coupled with his decision to dissolve the Atreides Empire after his 3,500 year-long life came to and end, saw House Atreides cease to exist as a tangible political power. However, the Atreides bloodline continued through Leto II's twin sister (and legal wife), Ghanima Atreides and her concubine Farad'n Corrino.

One such group of descendants of Ghanima were Leto II's, majo-domo, Moneo Atreides, and his daughter Siona Atreides. After the bonding of Siona and a ghola of Duncan Idaho, the Atriedes families continued onward. Because of the Prescience invisibility conferred to the genetic line through Siona, the line flourished for over 1500 years till the time of the Return of the Honored Matres.

During this time, Supreme Bashar Miles Teg was a descendant Atreides, as was his daughter, the Reverend Mother Darwi Odrade, O dray' dee, who even bore a time-worn version of the last name. Teg and his daughter were closely watched by the Bene Gesserit, for any sign of the "wildness" of the Atreides line. This wildness included any sign of them arising to be another super-being, a Kwisatz Haderach.

Teg was killed at the destruction of Rakis (Arrakis) when the Honored Matres? attacked and reduced the planet to a charred ball, and Odrade was killed some time later at Junction when the Bene Gesserit? attempted to liberate Junction from the Matres.

Soon after Miles Teg was killed on Rakis, the Bene Gesserit had a ghola of Teg created to oversee the liberation of Junction. When Murbella took over the reigns of the combined Honored Matres and Gesserit group, the New Sisterhood; she set Teg free, and enabled him to escape on the no-ship, the Ithaca, with Sheeana and another ghola of Duncan Idaho.

As chief of security on the Ithaca, Teg watched as gholas of the entire Atreides family were reborn, Lady Jessica, Paul Atreides, Chani, Leto II, and eventually Leto Atreides I. As the events of the end of the age unfolded during Kralizec against the Thinking Machines, events came to be crystal clear. It was realized by all that the mantle of leader of the Known Universe, the ultimate super-being, the Ultimate Kwisatz Haderach, had been transferred off of the Atriedes line, and onto the ghola of Duncan Idaho. This enabled the rest of the Atreides gholas to live out rest of their lives in relative obscurity.

Sources:: House Atreides figure in everything about the Dune Universe