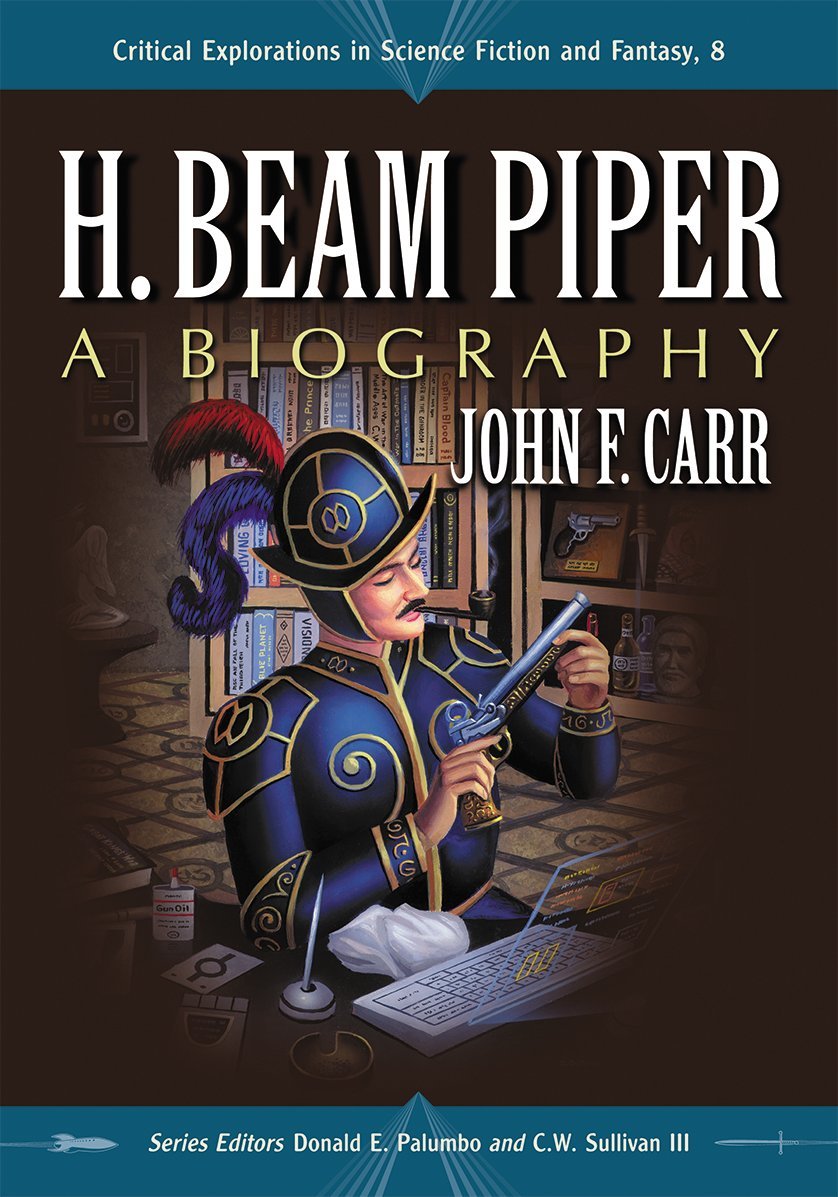 A biography, written by John F. Carr, of H. Beam Piper, one of science fiction's most enigmatic writers. In 1946 he seemed to appear suddenly, already at the top of his form.

He wrote a number of memorable short stories in the premier science fiction magazine of the time, Astounding Science Fiction under legendary editor John W. Campbell.

Piper quickly became friends with many of the top writers of the day, including Lester Del Rey, Fletcher Pratt, Robert Heinlein and L. Sprague de Camp.

Piper also successfully made the transition from short story writer to major novelist, authoring Four-Day Planet, Cosmic Computer, Lord Kalvan of Otherwhen and Little Fuzzy, which was nominated for a Hugo award.

Even those who counted Piper among their friends knew very little about the man or his life as a railroad yard bull in Altoona, Pennsylvania.

This biography illuminates both the writer and the man, and answers lingering questions about his death.

Appendices include a number of Piper's personal papers, a complete bibliography of Piper's works, and an essay on Piper's Terro-Human Future History series.