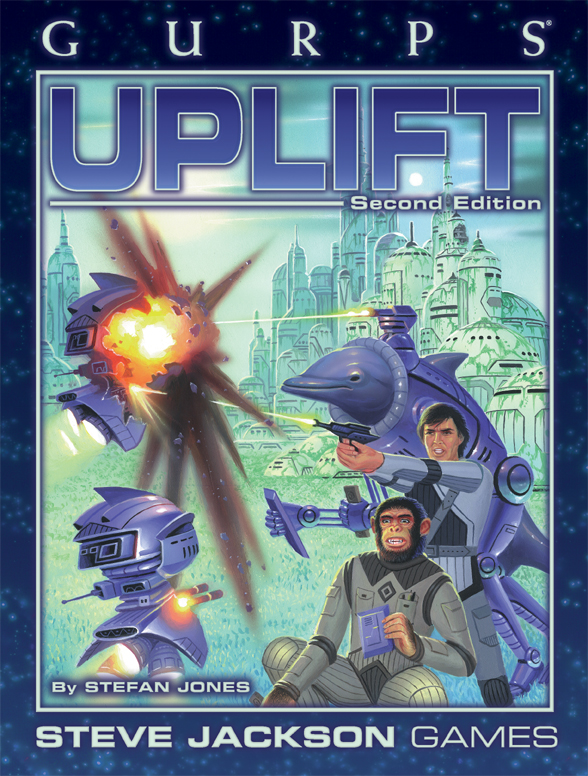 The Five Galaxies are a tough neighborhood . . . and humanity is the new kid on the block.


Of the thousands of races in a galaxy full of aliens, ours is the only one that claims to have evolved on its own, without genetic engineering by a Patron species. With its own new clients – genetically modified dolphins and chimpanzees – upstart humanity faces a jealous universe. The ancient Patron clans can't decide whether to enslave the races of Terra . . . or just wipe them out.

The Galactics have wealth, power, and incredible technology. The people of Earth have guts, originality and a handful of allies . . . and they won't give up.

This is the universe created by David Brin for his award-winning "Uplift" series. GURPS Uplift includes complete descriptions of the important alien races, maps and descriptions of the Terragens planets, and rules for creating – and Uplifting – new species.

GURPS Uplift is intended for use with the GURPS Basic Set

, and GURPS Space. It may be used as a sourcebook for any roleplaying system, or as background for fans of the "Uplift" series.