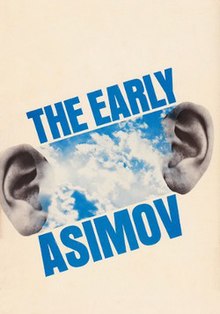 "Blind Alley" is a science fiction short story by Isaac Asimov. It was first published in the March 1945 issue of Astounding Science Fiction, and later included in the collection The Early Asimov? (1972) and in The Complete Stories Volume 2? (1992)

Although the story postulates a race of intelligent non-humans, it is set in the Foundation universe, during the era of Trantor's Galactic Empire.

The few remaining members of the only intelligent non-human alien race the Galactic Empire has discovered have been removed from their dying planet and transferred to the much more pleasant Cepheus-18 (hence their name, "Cepheids"). The planet is a combination zoo, laboratory, and reservation for the creatures. The scientists that study the Cepheids differ on whether to treat them as sentient beings or as animals, but agree that the aliens are in danger of extinction as they have ceased to reproduce. The Cepheids' leader admits that his race would likely have soon died out on its dangerous home world; the aliens, however, have nothing to live for in a galaxy completely ruled by humans who provide for all their physical needs, and they are prohibited from leaving the Empire.

The civilian supervisor, a career administrator, attempts to help the creatures using his thorough knowledge of the Imperial bureaucracy. By submitting reports and encouraging others to submit reports, he arranges for a fleet of hundreds of spaceships to deliver a bulky cargo to the Cepheids. Suspecting they can read his thoughts, the administrator goes through his plan in his mind in their presence. His plan works; the Cepheids commandeer the ships, and leave for the Magellanic Clouds to find a new world of their own. The supervisor has protected himself from any blame associated with the escape by his thorough documentation, and is duly given another assignment.

The author utilises a turgid long-winded bureaucratic style of phraseology for the many memoranda that are a part of the story; this was based on that in use by the US Navy, Asimov's employers at the time.

The aliens' predicament in a human-dominated galaxy is similar to the eventual fate of humans in the alternative futures of The End of Eternity. It does however have a very different ending — the Cepheids steal the spacecraft and head for an independent life in the Magellanic Clouds.

The Foundation and Earth character Golan Trevize says that no human ship has ever penetrated the Magellanic Clouds, nor the Andromeda Galaxy or other more distant galaxies. It is not known whether Asimov intended to make a link between those novels and Blind Alley.

In the 'Second Foundation' trilogy, a series of books authorized by the estate of Asimov, a race of Aliens within the Foundation Universe is mentioned who appear to be in circumstances similar to the Cepheids. Although they are not mentioned by name, a major character in Blind Alley is. A subplot in Foundation's Triumph? investigates the problem raised in this story.